Roy Weard started being involved in music in the mid sixties. He played acoustic guitar and sang in folk clubs around London. He even ran a couple of clubs in East London, putting on artists  like Roy Harper, Al Stewart and the Young Tradition but the burgeoning psychedelic scene drew him in and he started going to underground clubs like UFO and Middle Earth. In this period he put together several bands. 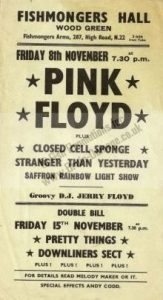 ‘Stranger Than Yesterday’ were the most stable of these, playing support to many larger bands at the time and, when that band folded a new one, called ‘Grope’, took its place, moving from a spacey sound to something much harder.

The next band was ‘Wooden Lion‘. They began playing in small clubs around East London but moved into the free festival scene and performed at the Windsor and Watchfield festivals in the 1970s,

Roy then took a break from performing to go off around Europe with acts like The Rolling Stones, Genesis, and The Pink Floyd – selling merchandise. He recalls that time as a wild adventure but he was drawn back into performing when he answered an ad by ‘Dogwatch’ who needed a new singer.  ‘Dogwatch’ stormed around London, drawing ever larger crowds for their outlandish stage show, but this was 1979 and punk was pushing many of the art bands out of the door. ‘Dogwatch disbanded in 1980, after releasing the album ‘Penfriend‘ on Bridge House Records and a single ‘Cutouts’ (produced by Paul Young’s producer Laurie Latham)  on a their own label.

He moved from that band to fronting another East End act as ‘Roy Weard and Last Post and they released an album, ‘Fallout’ (also available on CD at Bridge House Records) and a single ‘Triangle’ (Available on vinyl from the Wooden Lion website). That band continued to perform in many places until 1983 when Roy was recruited by Manfred Mann to create stage effects and act on the ‘Earthband’s’ 1983 ‘Somewhere in Europe’ tour. 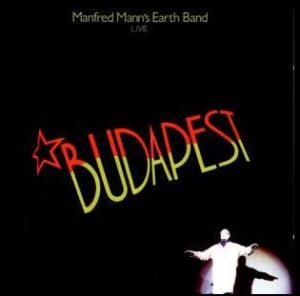 Here he is on the cover of the Budapest live album from the concert in that city,

From there he went on work with many acts as sound engineer / production manager / tour manager. People like Roger Chapman, Eric Burdon, John Cale, Kevin Ayers, Donovan, and Steve Harley and Cockney Rebel, among others. Much of this is documented in detail in his 2015 book, ‘The Way to(o) Weard’ (Available from Gonzo Multimedia, Amazon, or the Wooden Lion Website.).

He lived in Germany for a while but returned to live in Brighton in 1996 . He then contacted ‘Wooden Lion’ synth player, ‘The Cardinal Biggles’ and ‘Last Post’ guitarist Steve Bensusan and they formed ‘That Legendary Wooden Lion’ who released an album ‘Writing In A Skeleton Key’ in 2013. This is also available from the Wooden Lion Website or via Bandcamp.

He still lives in Brighton and released his ‘solo’ album ‘This House In Amber’ in April 2017.

A more detailed account, with many pictures from his various bands, can be found on the Wooden Lion Website.